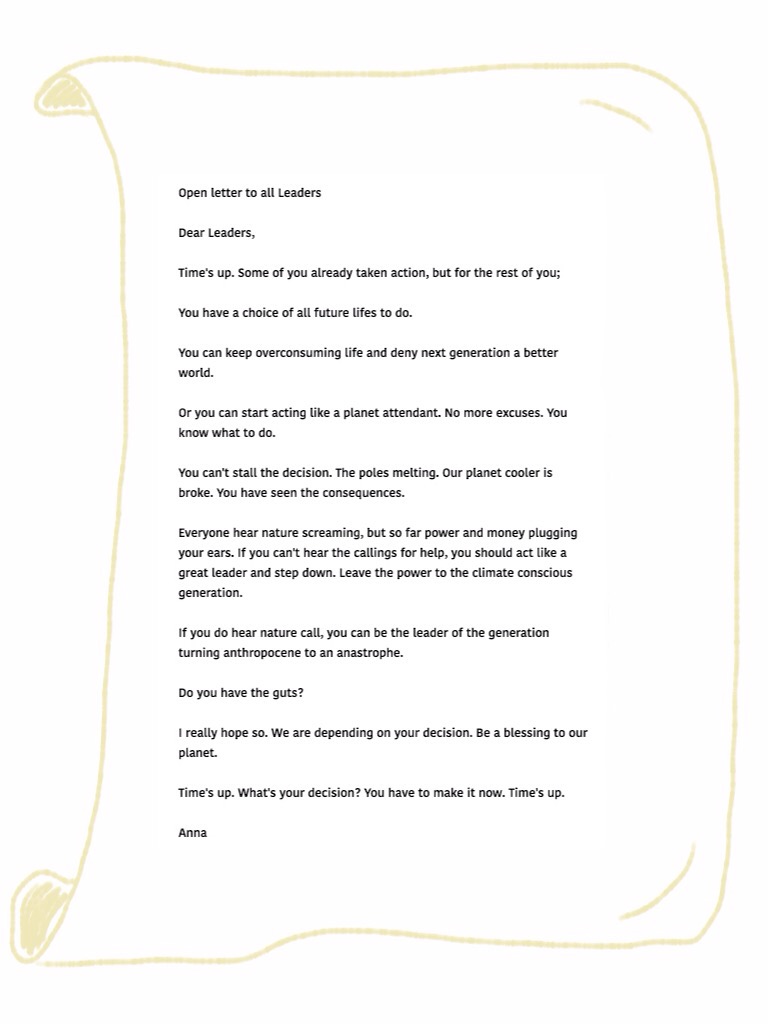 Besides the open letter to all leaders they got this text, here google translated.

The above text is published on the following link and divided into both Swedish and English version of several social media players worldwide.

Especially to the Trosa municipality’s politician.

If you wonder how you can act immediately after reading the letter I ask you to think of Trosa municipality history.

Trosa’s well-known archipelago life ceased with the boat engine’s entry into history.
They laid down their fishing industry and left room for the motorboat fishing fleet, which, in turn, had to leave room for tourism when fishing assets in the lake ended.

The steamboat transport that transported summer guests to Trosa was allowed to go down
when the railroad made its entrance and the communication route like Trosa planned between Trosa-Ösmo-Nynäshamn-Stockholm with adjoining
expectations of major new construction of summer houses in Trosa never came true when the car appeared as the freedom alternative to ancient times
transport.

The domestic industry got stuck on foot when car traffic was increasingly closed out of old Trosa center. The commutation to work took place instead, which one will also end when the climate goals are reached by the climate-wise generation.

As you probably realized, we are living in another technology transition period that will require completely different transport and construction methods, which we can not even can guess today in details.

Trosa has a perfect basic structure for conversion into a fossil-free environment.
You have all the chances to begin the transformation immediately and become first and best at achieving the goal.

Your road and exploitation project in western Trosa will be among grandiose projects who went very wrong. In that category we already have the artificial island and the Trosagranite back in 1900 century.

Let your climate awareness speak. Decide to cancel projects in western Trosa. Then you create a new proud milestone in Trosa’s future story. The
next generation citizens will boast about you.

27 thoughts on “I wrote to our local politicians”